BASEflow is a Malawian organization, founded in 2017, that is working to improve the sustainability of groundwater sources in rural Malawi. 4 fields of intervention:

BASEflow has created a series of animated short videos focused on the story of groundwater in Malawi. Our colleague Macmillan, project manager in the Central region used one of them, about preventative maintenance of handpumps in rural Malawi – called ‘Handpumps Everywhere, yet not a drop to drink?’. It was a way to promote the benefits of preventative maintenance as part of encouraging 82 participants, from Dowa, Kasungu, Mchinji and Ntchisi districts, to have service contracts with local water mechanics. 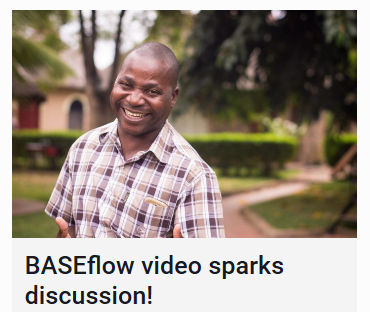 This is a real pleasure to collaborate between NGOs sharing the same objective of sustainable access to water.

Find the video below…

In june 2017, the program managers of InterAide in Mozambique and the director of the cooperative Osuwela visited the project of Malawi, in order to :

It was also an opportunity to get some learnings from the other aspects : well constructions, sanitation and hygiene sensitization, EcoSan…

The document in link (in french) summarizes this. 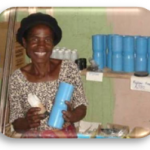 List all related tools for the identification, training, follow-up of Partners shops.

Listing of tools and documents related to spare parts retailers

TIMMS – Tikonze Mjigo Maintenance System – is the branch for the South region (Zomba, Chiradzulu, Mulanje) and is operating since 2009.

The methodology used is the same than Inter Aide to identify, train, support and follow AMs and spare parts retailers. All organisations are working closely together for a good coordination and developing the maintenance approach at national level.

All are working closely hands in hands with DWOs (District Water Offices) and District Councils, especially in the monitoring of all these networks and the quality of the services provided.

The Republic of Malawi, also nicknamed “The Warm Heart of Africa“, is among the smallest countries in Africa. The Great Rift Valley traverses the country from north to south. Lake Malawi, the third-largest lake in Africa, comprising about a third of Malawi’s area.

Malawi is among the world’s least-developed countries. The economy is heavily based in agriculture, with a largely rural population, although, extreme weather, rapid population growth have made farming difficult.

Malawi has a low life expectancy and high infant mortality. There is a high prevalence of HIV/AIDS.

Although official figures show Malawi to have good water supply coverage, the number of people with reliable access is far lower as many hand pumps are broken, leaving no choice but to go back to unsafe water sources.

The animation below summarizes how Inter Aide progressively extends its intervention from water points construction, sanitation and hygiene programs to maintenance activities.